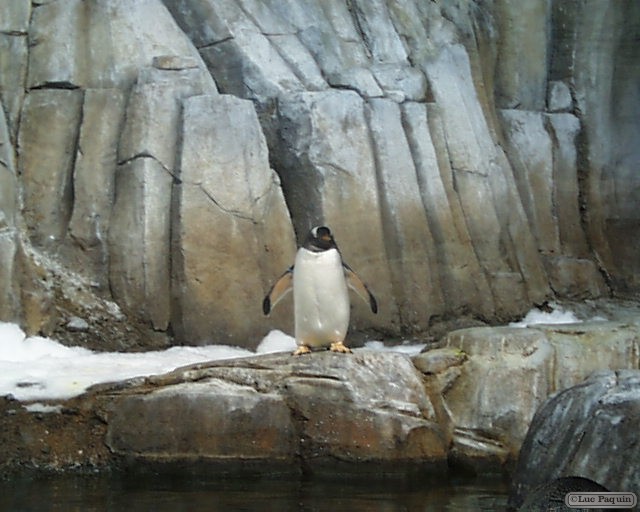 To the south of South America is an ice-covered continent: the Antarctic.

The landscape evokes the shore of a volcanic island lying between the Antarctic peninsula and the tip of South America. Basalt is the main rock formation.

The long-tailed gentoo penguin (Pygoscelis papua) is a penguin species in the genus Pygoscelis, most closely associated with the Adélie penguin (P. adeliae) and the chinstrap penguin (P. antarcticus). The first scientific description was made in 1781 by Johann Reinhold Forster with a reference point of the Falkland Islands. They call in a variety of ways, but the most frequently heard is a loud trumpeting which is emitted with its head thrown back.

The application of gentoo to the penguin is unclear. The Oxford English Dictionary notes that gentoo used to be an Anglo-Indian term used as early as 1638 to distinguish Hindus in India from Muslims. The English term may have originated from the Portuguese gentio (compare “gentile”). In the 20th century the term came to be regarded as derogatory.