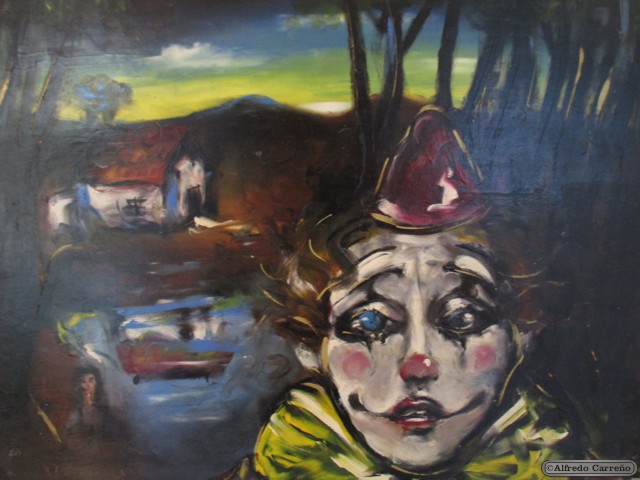 Considered one of the pioneers of the visual arts in Mexicali, Baja California, Alfredo Carreño is a sensitive artist who pours his feelings and emotions in the work with hand and brush full of life. The colors and elements of his work tell stories, they talk by themselves and show who he is better than what could be said with words. His passion can be perceived at the moment of being in presence of his art.

He was born on October 1954 in Mexicali, Baja California, son of the military Carlos Carreño Garcia and Mrs. Rosa Maria Valenzuela de Carreño, the youngest of 3 brothers. From an early age he showed an affinity for the arts in general music and in particular for drawing. He was a young spirited prankster, but who also greatly enjoyed the solitude and privacy. During the first years of his adolescence he heard by the first time to Spanish singer Massiel, who became the muse of his biggest inspirations and led him to decide on the path that would define his life. Art was the most appropriate way to express what he felt, and thanks to the inspiration that was Massiel, the art became his life, his career and passion.